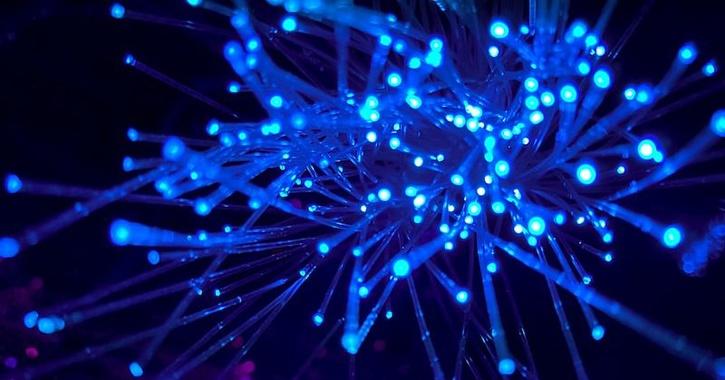 A superfast, lightening-speed optical chip has been invented by researchers from the Chalmers University of Technology and the Technical University Denmark. The chip is capable of transmitting the entire load of the internet in just one second. It is capable of pushing optical fiber communications to higher levels and is a part of the latest experiments in this direction.

Did you know that this super fast optical chip can transmit data at 1.84 petabits (Pbits) per second? According to the Researchers, in entirety, the Internet is believed to be a small fraction lower than 1 Pbit a second. This effectively means that data transmission can take place instantly with the new chip.

To explain further, 1.84 Pbits is 20 times speedier than ESnet6. This is the speed to which scientific networks have upgraded themselves recently. Additionally, the fastest available Internet speed, globally, is 10 gigabits currently. One petabit measures 1 million gigabits. This effectively means that the new optic chip is all set to advance optic technology further.

The most impressive part about this superfast optic chip is that it is capable of delivering such impressive speeds with a singular light source. Created with the help of infrared lasers, it beams into a frequency comb. Thereafter, the light source splits into different light colors and frequencies.

The data present on different light streams is recombined and encoded into a single beam to be transmitted via the optic fiber. The unconventional and futuristic design of the superfast optical chip makes it fast and powerful.

Certainly, the optic chip is a revolution in itself.

At ROI Software Solutions, our experts believe that the super fast optic chip is all set to push the use of Wi-Fi beyond unimaginable speeds. With time, the usage of the super-fast optic chip can change the face of Internet accessibility and data transmission worldwide.